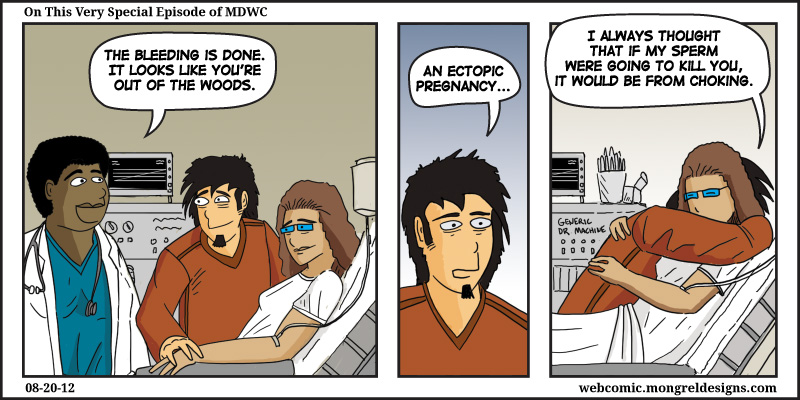 I've been off of the comic thing for a few months. I had a couple of family medical issues in a row and it sort of put me off grinding out disturbing funny stuff. I just lost the mojo.

But some very nice, and very awesome members of the dozens of people that regularly read this comic have written me asking about new episodes. That made me feel pretty good, so here is your damn comic, you ingrates.

I'll do my best to get back in the saddle. <3
First Comic | Previous Comic | Next Comic | Newest Comic